Pleasant View’s rigorous curriculum and many extracurricular opportunities support and promote the “education of the mind, soul and spirit” of each individual student and prepare them to continue their academic growth at the college level.

Faculty and advisors work closely with each student to guide them through the college search and application process. We want students to:

Although our ultimate objective is to help students achieve admission to institutions of higher education, self-development and self-awareness are also important outcomes of the process.

The goal in starting in ninth grade is for students to adjust to the rigors of high school, learn more about themselves, and become involved in the life of Pleasant View School and the wider world around them.

Though this list may not sound like preparation for applying to college, students develop the skills and goals that set the stage for a successful high school career and a smooth college application process. The objectives listed below reflect Pleasant View’s mission and school philosophy.

In the sophomore year students should continue to take advantage of the opportunities that Pleasant School presents. Strong academic and extracurricular involvement continues to be the keys to thriving in high school and beyond.

The college process gently begins when the sophomores take the PSAT for practice in the fall of the sophomore year. This marks the beginning of taking the standardized tests. Although the scores from the PSATs are NOT used for admissions, scores do help students begin to gauge testing strengths and weaknesses.

As students head into the junior year, they should continue to strive for balance in their academic, extracurricular, social and family lives. Eating well and getting enough sleep are also very important.

Types of Application Options Offered by U.S. Colleges and Universities.

These colleges have a firm application deadline and notify the applicant of her admissions decision in late March/early April. Admissions decisions fall into three responses: admit, deny, or wait list. This acceptance decision is NON-binding – the student may choose whether or not to attend. Admitted applicants have until May 1st to decide whether they will submit an enrollment deposit.

These colleges accept and reject applicants until their freshman classes are full. They usually publish a final deadline by which all applications are due, or they may have a priority deadline for scholarship consideration. It is best to apply to universities with rolling decision fairly early, as they may deny competitive applicants who apply late in the admissions cycle. Admitted applicants have until May 1st to decide whether they will enroll. This acceptance decision is NON-binding.

Many state universities have established a priority deadline in October or November, and students whose applications are received by that date are considered for admission as a group. Decisions of admit, deny or defer and usually released in December or January. Students applying after the priority deadline may have diminished chances of admission if many spaces in the freshman class have already been filled.

These colleges typically require application by early November to mid-December with an admit, deny, or defer response by late December, January or February. Admitted applicants have until May 1st to decide on enrollment. This acceptance decision is NON-binding.

A few colleges have chosen to restrict their early action applicants from concurrently applying to any other college’s early action or early decision program. This program is NON-binding. Students admitted under Single Choice Early could still apply under the Regular Decision plan to other colleges.

These colleges typically require application in early November, with notification of the admissions decision by the end of December. The decision may be to admit, defer, or deny. In exchange for being considered early, the student agrees to withdraw all other college applications and commit to attend that college if admitted at early decision. This decision is BINDING*.

A relatively new option, these college typically require application in December or January and notify students of their decision in February or March. At this point, the student is usually admitted or denied. Upon acceptance, a student needs to withdraw all other college applications as this decision is BINDING*.

*BINDING means a student makes a commitment to go to the college if they accept her. Applications to all other colleges MUST be withdrawn.

The enrollment deposit deadline of May 1 is shared by U.S. colleges and universities. Students may only deposit at one institution, and violation of this policy can result in both institutions withdrawing their offers of admission. “Double-depositing” is also a violation of the Principles of Good Practice of the National Association of College Counseling and therefore can not be supported by the school.

No matter what your financial resources, do not allow the cost of a college education to cut short your student’s educational plans. Financial aid to attend college is available from a variety of sources – grant aid (institutional and/or outside scholarships) and self-help (loans and work-study funds). Once you submit information about your family’s financial status, college and university financial aid administrators will take many factors into consideration to prepare a financial aid package for your child.

Although some of the college price tags can be quite daunting — many colleges are more affordable than one might think. Recent information sent by various institutions indicates that even families with substantial incomes may qualify. After financial aid or merit scholarships are taken into consideration, the net price the average undergraduate pays for a college education is significantly lower than the published tuition and fees.

Talk with your college counselor about information sources in the College Resource Room or public library. Many websites will assist you in locating relevant information about the different types of financial aid, including state and private sources, and what colleges may offer. We hope this information will be helpful as you begin your college search. For more information, contact the web site of the National Association of Student Financial Aid Administrators (NASFAA).

2. Be open from the start regarding your expectations, biases, and geographic or financial restrictions.

4. Assist your child with a preliminary investigation of colleges and admissions requirements; they will focus attention during spring of junior year and narrow a list of colleges during the summer of eleventh grade and fall of twelfth grade.

5. Provide a role model of open-mindedness, curiosity and discovery throughout the college search process. (Thoughtful questions vs. quick answers and assumptions).

6. Encourage your child’s self-appraisal (interests, abilities, social needs, values) as the key to finding a good fit. (Larger school or smaller; more urban or more rural; spirited or quieter; more intellectual or social; more liberal or conservative; etc.).7. Discuss your child’s course selection, standardized test results, and initial college interests with her college counselor. Then encourage your daughter to work closely with the college counselor throughout the process, informing her of any changing needs or concerns.

8. Be sure your child visits campuses – if possible while colleges are in session and before applying. Spring vacation of junior year is a great time. Summer visits can be good for interviews.

9. Try to reduce pressure about college admission rather than add to it. Do not make college choice the daily dinner topic.10. Remember that highly selective colleges look for:

Candidates will be compared within the applicant pool and the number admitted will depend on the ratio of applicants to spaces in the freshman class, even if most candidates are “qualified.”

Each student is encouraged to pursue admission to a college that provides an appropriate match for their unique intellectual abilities, passions, talents, and personal values.

Throughout the high school sequence, students are guided by academic deans and advisors to maximize their learning experience and pursue choices that match their interests and abilities.

During junior year our efforts become more focused on the skills that students will need to create a resume, fill out applications, and undertake research to identify colleges of possible interest. Each student and their parents meet with a college counselor to initiate an examination of the family’s priorities, and with help from the counseling staff, students will explore specific colleges and universities that may be a good match for them.

As part of an ongoing series, we sponsor speakers and workshops on aspects of the college application process such as planning campus visits, interviewing skills, essay writing, and financial aid, to be attended by students, parents, or both. 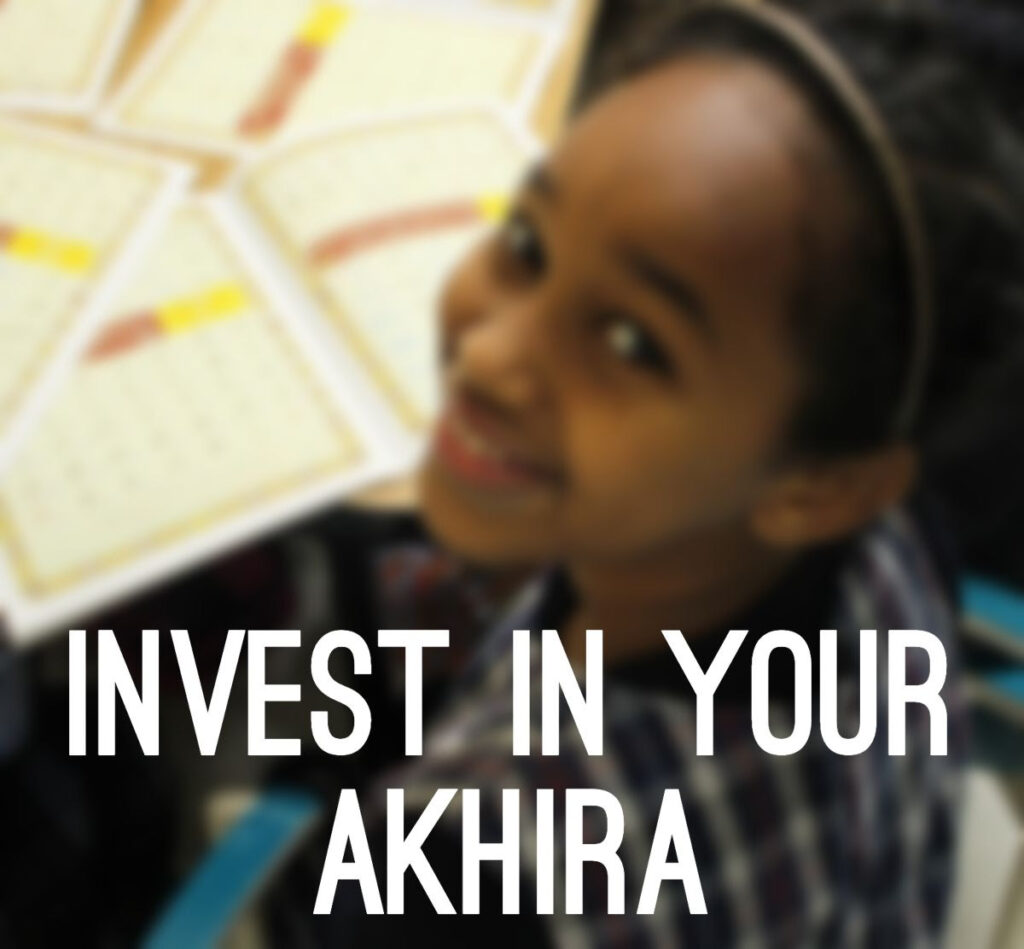 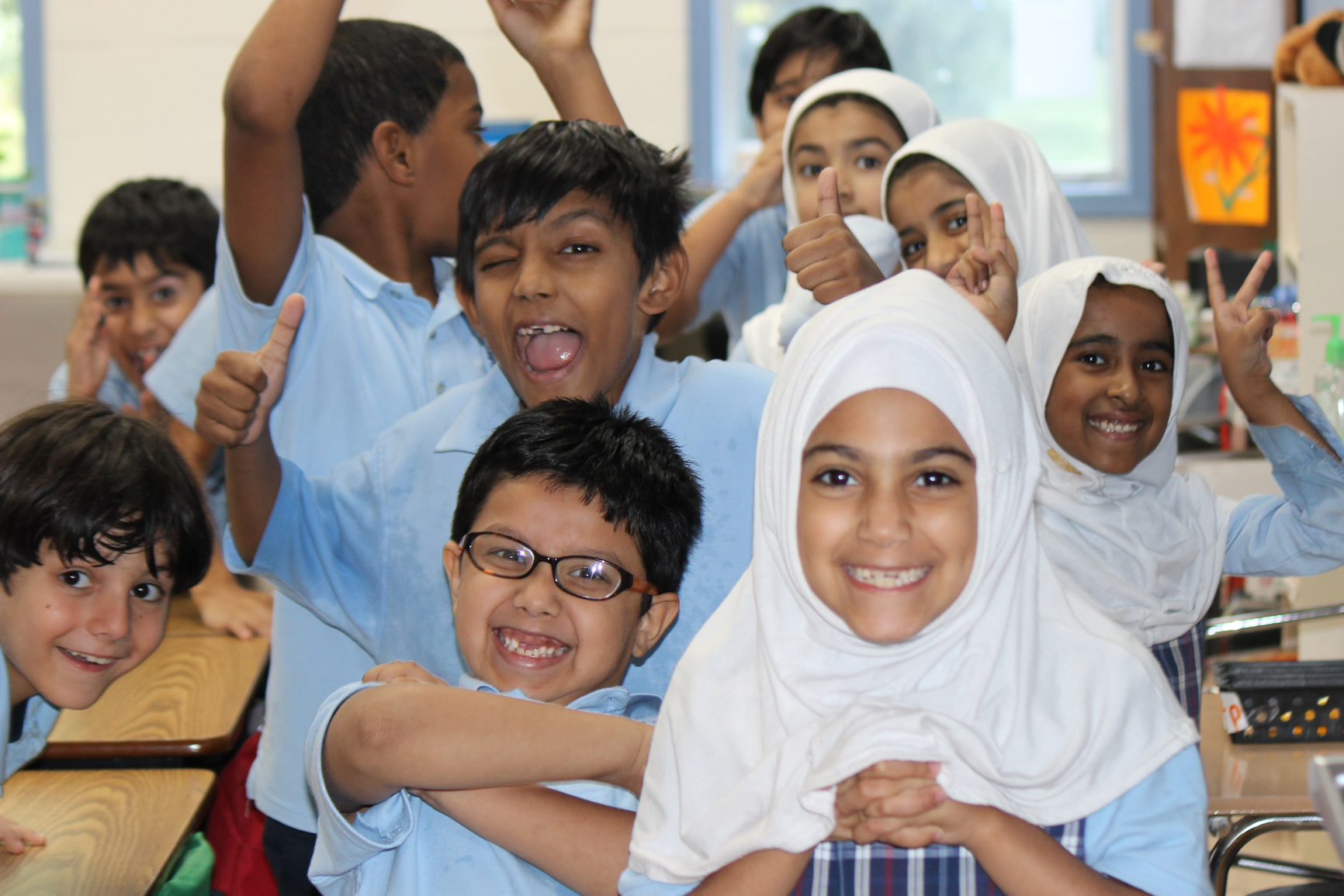 Schedule a visit to learn about our curriculum and facilities and get an opportunity to meet our faculty and staff and discover the quality of education at an Islamic school. Schedule a visit.